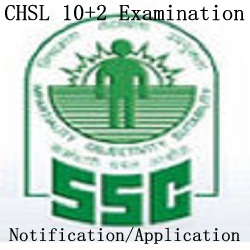 SSC CHSL Eligibility 2019: The Staff Selection Commission (SSC) has recently announced a notification regarding the SSC CHSL Examination 2019. The SSC planning to conduct the CHSL/ 10+2 Examination for LDC, DEO, SA, PA & Court recruitment of all over India. The aspirants looking for the government jobs for them here is great opportunity to apply and get selected as per their recruitment rule. The interested candidates can check the eligibility criteria before applying tot he SSC CHSL Notification 2019. The applicants will have to apply online and have to fill the SSC CHSL Online Application Form to appear for selection. The applicants can have the selection process of Tier I, Tier II, Tier III & Tier IV Examinations.

As we all know that every year lakhs of applicant appear for the exam and get qualified as per their performance. So applicants are now looking for the SSC CHSL Exams Dates 2019. The applicants are advised not to worry about the web page we have given complete information regarding the SSC CHSL Examination 2019. In this article, you can get the details on SSC CHSL 2019. For more information applicant can log in to the official website of SSC and can check the exam dates.

The exam dates are available as tentative as the full exam dates uploaded on the official website. Every year the SSC recruits the applicants and many of them are selected and are given various posts as per their performance in the exam. Applicants are advised to start the preparation and need to have worked hard and are suggested to bookmark our site to get more details on SSC CHSL 2019.

The aspirants must have the certificates of the higher secondary (10+2) examination or equivalent from a state or central recognized institute/ board.

The candidates shall be minimum 18 year and maximum 27 years old to be eligible for the Combined Higher Secondary Level Exam 2019. The relaxation on the upper age limit will be provided to the reserved category applicants (ST/ SC/ OBC/ PH) as per the govt rule and regulation.

Postulants have to pay the registration fee either through Online/ Offline Mode. Those who pay via online have to use net banking (SBI Challan) and for offline, aspirants have to pay through CRF stamps (Rs.100/-).

The candidates who are satisfying the eligibility criteria only register for the selection process. The SSC CHSL Application Dates 2019 update in our web portal. The applicants can follow the simple steps mentioned below to appear for the examination.

The examination shall be conducted in two parts. Part-I (Tier-1) is for Objective Type Written Test and Part-II (Tier-2) is for Skill Test/ Descriptive Exam in the respective fields. 2nd part is just in qualifying in nature. On the basis of written exam marks aspirants shortlisted for the LCD/ DEO posts if he/ she will qualify in the 2nd part of the selection.

There will be MCQ (multiple choice questions) type questions which are in four sections (General Intelligence, Quantitative Aptitude, English Language & General Awareness) and each carrying 50 marks. The question paper provided in both in Hindi & English except the English Language. For every incorrect attempt ¼ (0.25) marks deducted. The total time given to complete the paper is 2 hours (120 min).

Those who qualify in SSC CHSL Part-I eligible to attend SSC CHSL Part-II Examination only. This test is qualifying in nature and organized to test the skills of the applicants related to the posts applied for. For LDC (Lower Division Clerk), there will be a typing test and for DEO (Data Entry Operator) there is a skill test.

After the completion of Application Process of SSC CHSL, the candidates must have started their preparation. The authority releases the SSC CHSL 12th Exam Call Letter 2019 on the official website. The Admit Card of SSC CHSL 2019 publishes before 10 days of the examination. Without the admit card contenders not allowed to appear for the examination. For more updates contenders can stay in touch with our web portal.

After completion of the examination, officials release the result on the official site. The release date of the SSC CHSL Exam Result 2019 intimate in our web portal. The contenders who got more than the SSC CHSL Exam Cut Off Marks 2019 only eligible to appear for the examination. The contenders can stay in touch with our web portal for latest information.